Unni Narayanan is a Pediatric Orthopaedic Surgeon and Senior Associate Scientist at the Hospital for Sick Children in Toronto, where he is currently the Fellowship Director of Orthopaedic Surgery. He is an Associate Professor in the Department of Surgery at the University of Toronto. He is a consultant at the Holland Bloorview Kids Rehabilitation Hospital where he also holds an Adjunct Senior Scientist position at the Bloorview Research Institute.

A native of Madras (Chennai), India, and a graduate of Madras Medical College, he completed his orthopaedic residency at the University of Minnesota, a cerebral palsy (CP)/gait analysis fellowship at Gillette Children’s Hospital in St. Paul, and a pediatric orthopaedic fellowship at The Hospital for Sick Children. He completed a MSc degree in Clinical Epidemiology at the University of Toronto, before he was appointed to his current position.

Dr. Narayanan’s clinical practice is has a major focus on the care of children with CP. His research program has focused on understanding patient priorities and their role in clinical decision making, and for the development and validation of meaningful outcome measures, and applying these in clinical trials to evaluate the effectiveness of interventions and health technologies for pediatric musculoskeletal disorders particularly CP. His research is funded by the Canadian Institutes of Health Research (CIHR) and other agencies. His work has been recognized with numerous awards, including the Mac Keith Press New Investigator Award in 2005 from the American Academy of Cerebral Palsy & Developmental Medicine (AACPDM) for the development and validation the Caregiver Priorities & Child Health Index of Life with Disabilities (CPCHILD©) Questionnaire, which has been widely translated and adopted worldwide. In 2014, he received the Arthur H. Huene Memorial Award from the Pediatric Orthopaedic Society of North America (POSNA) for his work on CP hip outcomes. He currently leads two major projects: a randomized trial to evaluate the effectiveness of gait analysis for surgical decision making in children with ambulant CP; and an international multi-centre (26 sites in 13 countries) study of hip outcomes in cerebral palsy (CHOP study), both funded by CIHR. 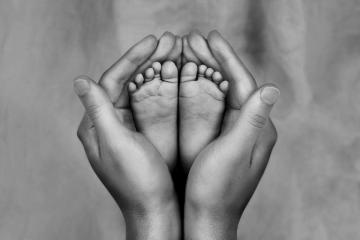