Associate Professor Andrea Guzzetta is an Associate Investigator on the CRE and a member of the Early Detection and Neuroimaging theme.

Dr Guzetta is Head of Stella Maris Infant Lab for Early-intervention (SMILE), A/Professor at the University of Pisa, Medical School, and an accredited international trainer with the General Movements Trust. He will provide expertise in both clinical and neuroimaging data as a Member of the Early Detection and Neurosciences theme in the CRE.

Dr Guzzetta's main research has focused on the effects of early brain damage on the development of different functions and the underlying neuroplastic mechanisms, with the final aim to improve early intervention paradigms and outcomes. In his still relatively short research career, he has provided significant contribution to a number of research questions in the area, thanks to his compound training experiences in some of the most productive European centres in the field, including the Hammersmith Hospital and the Visual Development Unit in London (Great Britain) and the Department of Child Neurology in Tuebingen (Germany).

His major scientific contributions have been achieved in the following areas: 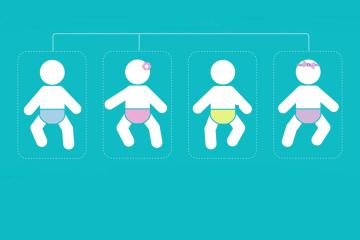